The giant perch is a large perciform with an elongated body and a rounded caudal fin. Its head is pointed and the concave dorsal profile becomes convex near the dorsal fin. The latter displays several strong spines. It is brown or bluish in colour above and on the sides, the belly is silvery or green.

This tropical fish, sometimes referred to as sea pike, can be found from the eastern Persian Gulf to China, from southern Japan to Papua New Guinea and as far as the North of Australia. 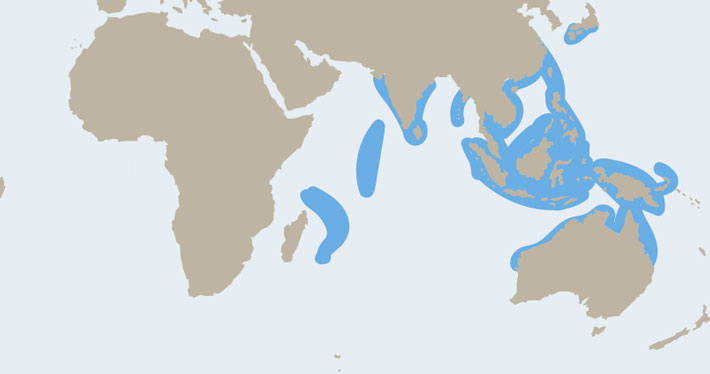 Habits
This diadromous fish inhabits rivers before returning to estuaries to spawn. It sometimes lives in coastal waters between 10 and 40 metres as well as in lagoons. It feeds on fish and crustaceans, which makes it a real carnivore.

Fishing techniques
Coastal fishing with nets, seine, or even pots.
Fish from 0.4 to 3 kg are bred in cages.